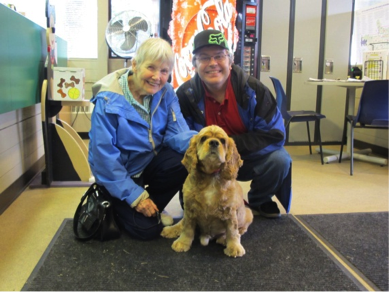 Tony is a cocker spaniel who passed through the ranch on his way to a new forever home.  Originally bred for hunting, spaniels need an active life with a challenge.  But Tony was acquired to be a companion dog for an elderly lady.  He was able to give her love but being housebound was a very tough situation for him.  His hair and nails grew quickly and the twice yearly grooming was not enough to keep him well.  Eventually, Tony was in dire condition and his owner chose surrender him to the Crooked Leg Ranch.  By that stage, he looked like a sheep dog and his nails had curled under far enough to pierce his paws.  He could barely walk.

First they shaved him and his matted fur came off like a pelt.  Then they trimmed his nails to find that his paws were raw and infected.  A trip to the vet determined that the infection had progressed to Tony’s liver so he was a very sick dog.  Tony stayed with the girls as he went through treatment and they cleansed his paws daily and kept his nails well-trimmed.  Soon, he had more energy and was better able to move about.

When he was ready for adoption, Tony was transferred to the Vancouver Animal Control centre where they could continue his medical care and find a great home.  In short time, he was adopted by a wonderful family!  Two seniors and their extended family have pledged to dote on Tony, exploring the many parks and sharing his love of nature.   He even has a vet who is a spaniel owner herself!  Bonus!

Tony’s lesson is for owners to choose a dog best suited to their situation and be ready to give the level of care needed.  If not active, spaniels require nail care every 6 to 8 weeks and frequent grooming to prevent mats. 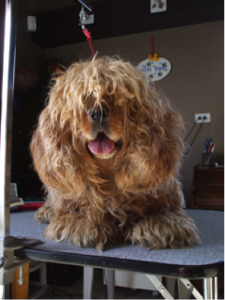 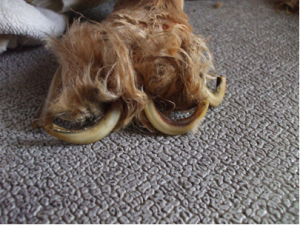 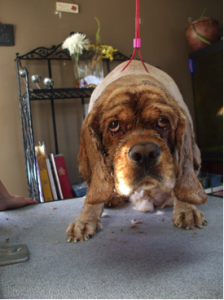 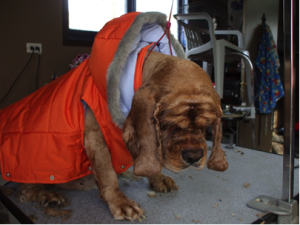 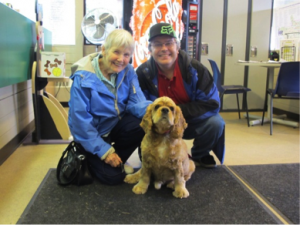